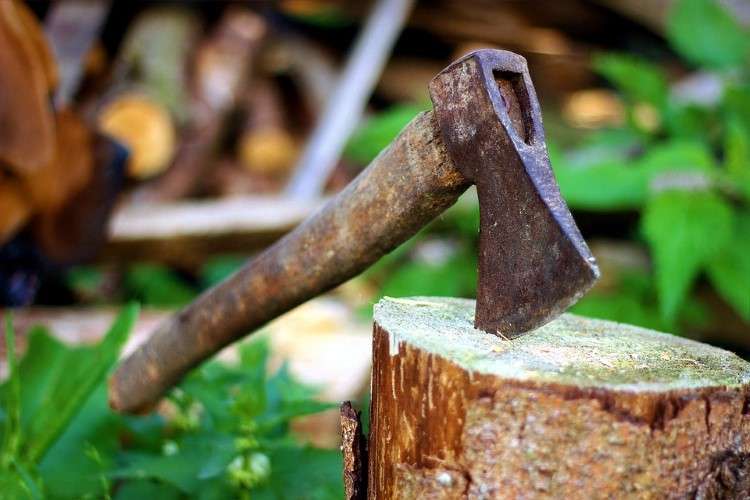 Here is a well known story that is loaded with meaning and lessons… “And when they (the sons of the prophets) came to the Jordan, they cut down trees. But as one was felling a log, his axe head fell into the water, and he cried out, “Alas, my master! It was borrowed”. Then the man of God said, “Where did it fall?” When he showed him the place, he cut off a stick and threw it in there and made the iron float. And he said, “Take it up.” So he reached out his hand and took it.”  2 Kings 6:1-7

The sons of the prophets is a term used to mean either the company of the prophets, or as Freeman suggests, ‘the pupils or disciples of the prophets’. It is not a term that necessarily impies extreme youth, since sometimes they are married  (II Kings 2:12)and more likely indicates discipleship.

The ‘sons of the prophets’ are men training for the ministry. They have the gift of prophecy, but the gift needs developing, and so does the character of the men who possess it. This is what Elisha is doing, helping the men grow in the grace and knowledge of God. One thing for certain was that these pupils, willingly or unwillingly were about to learn a difficult lesson. It is almost certain that most, if not all of the students were prophetically gifted or motivated to one degree or another.

The name of the disciple prophet is not disclosed and his identity is not hinted at. The focus of the story is about the recovery of the axe head.

Here is a question.

Among all the prophetic men gathered, with their various perceptions, discernment or visionary abilities – is it only Elisha that could have measured up to the challenge of the moment? True to life, we often need someone to make decisions or take a course of action that we ourselves, often in hindsight, would have taken. This event would have made an impression on all who witnessed it, especially the one who encountered, suddenly and without warning, the miraculous provision of God through His servant. This kind of thing happens in life and puts life in context. We are God’s servants and He cares about the mundane things in life. And the whole day started just like any other day.

“Alas, my master! It (the axe)was borrowed.” Can you feel the anxiety in this young prophet’s exclamation? It seems one of real concern. What is the issue here? Were Axes hard to come by? Was it that the person who lent the axe was imposing? Had the young man made a certain promise on oath to return the axe? We simply do not know. All we know is that there was considerable anguish at the loss of the axe.

To you and me, this is no more than a nuisance. But it’s a lot more than that to the young prophet!

Because blacksmiths were few and far between, iron tools were expensive, the prophet had no money, and the axe head was borrowed.

In fact, it was more than ‘borrowed’.  The Hebrew says it was begged.

It was lent to the man, it seems, rather reluctantly, and only after he had promised and sworn to bring it back. But now he couldn’t. And the neighbor he borrowed it from would be both very mad at him, and stuck! Assuming he was a farmer, how does a man make a living without an axe? In a time of deep and widespread poverty, losing the axe head was a big deal! But why did the axe head come off its handle? Whose ultimate responsibility was that – the owners? Maybe the young man was felling a log, maybe enthusiastically or even recklessly. Other things on his mind he paid no attention to the ‘feel’ of the axe as he chopped away. He may have even decided that he just needed to take one more chop at the log, and so took the risk and ignored the loose leather strips that held the axe head in place.

We can be so focussed on the task before us in terms of church life and activity and not pay due attention to the practical and demanding world, in which we live. There are consequences to things we do, and the things we neglect.The encouragement for us is greater than the young prophet experienced. In our distress we can also cry out, “Alas master!” and know that God will hear us. Maybe you will never use those words, but in your moment of distress, the cry will be similar – help! The relentless chopping away of a pursuit of ambition, profile or recognition . . .

‘Axe’ (acts) of faith – a hand in things. (nice play on words!) The young prophet pours his heart out to Elisha—Alas, master, for it was borrowed! This tells you something about Elisha, the young prophet, and the Lord. It says Elisha was not judgmental; he was the kind of man you could talk to. Had he been a hard man, he would have scolded the preacher for his carelessness. But he doesn’t do that. The young prophet was a man of faith. He couldn’t retrieve the axe head, and he knew full well that Elisha couldn’t either. But, in asking the man of God for help, he was appealing to the Lord.

This means He believed the Lord cared for him personally—not just for the nation, but for him! He also believed God cared about the smaller things in life and not just the big, earthshaking ones. The Lord cares as much about axe heads as He does about empires. This means we can pray about the little things in life and expect the Lord to help us in them. If He doesn’t, we’re sunk. Because the little things make up 99% of our lives, and if the Lord doesn’t care for the little things, He doesn’t care for us! But He does care for us. To people prone to worry, He said,

Are not two sparrows sold for a copper coin? And not one of them falls to the ground apart from your Father’s will. But the very hairs of your head are numbered. Do not fear, therefore, you are of more value than many sparrows.

His Apostles pick up on the same theme. First Paul, then Peter, Be anxious for nothing, but in everything by prayer and supplication, with thanksgiving, let your requests be known to God. Casting all your cares upon Him, for He cares for you. We don’t pray because our needs are always big, but because God is always big! Speaking of prayers, the young man’s plea is answered.

A stick is cut down, stuck into the water, and the axe head rises to the surface. The young prophet picks it up, thanks the Lord, and takes it back to the owner. Safe and sound. It wasn’t just that Elisha did something, but that the young man also had a role to play. We’ll follow this up later.

What did the Israelite living way back then get out of this story? He learned two lessons.

First, the Lesson of Lordship.

God is Lord over nature. Physics will tell you that axe heads do not float. There is a law working against them: the law of gravity, which axe heads always obey.

But not God! He is not subject to natural laws and, when it pleases Him, He puts them on hold, reverses them, or does whatever He wants to with them! We see that here — and not only here!

The Bible contains a long list of Nature Miracles. Think of the sun and moon standing still for Joshua, or the sun dial going back ten degrees for Hezekiah, or the earthquake that swallowed up Korah and his gang, or the fire that didn’t burn up the Shadrach, Meschach, and Abed-nego, or the ninety year old woman who had a baby! God even seems to take special pleasure in asserting His Lordship over water. He parted the Red Sea to get His people of Egypt. He parted the Jordan River to get them into the Promised Land. In the Wilderness,

He brought water out of a rock. He opened springs for Hagar and Samson, He stirred up the Mediterranean to get His Word to Nineveh. When His Son came into the world, He walked on the Sea of Galilee and rebuked the waves: Peace, be still! All this of points to His mastery over nature. This was the first lesson it taught Israel: the Lordship of God over nature. The Creator of all things is also Lord of all! Therefore, don’t worry about earthquakes or tsunamis or germs, either. God is in control of them all, and if He sends them your way, He will also work them together for your good.

In the second place, there is the Lesson of Recovery.

But what does the story say about lost things? It says they can be gotten back; it says God can retrieve them for us, and, by His grace, He will. This was the hope of Israel. Under the Old Covenant, they lost everything—their nation, land, priesthood, king, and temple. But under the New Covenant, everything would be gotten back for them.

The little nation would be more numerous than the stars in the sky; the ribbon of land would become the whole world; the priesthood would be revived and purified; the king would rule in justice and grace forever; and the Tabernacle of God would be with men; He will dwell with them, they will be His people and He will be their God. Nothing good will be lost! Everything will be gotten back, more will be added, and this time, the people of God will keep it all. Why? 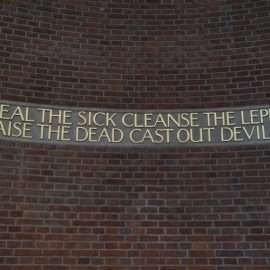 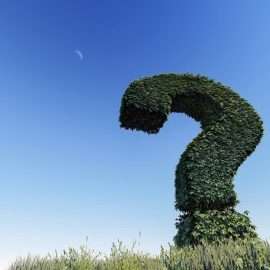 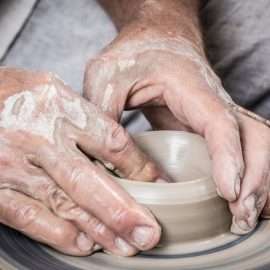 Being formed and shaped by God