I’m not sure that we have fully understood the immense value of the God-given ability to speak in other tongues that has been bestowed graciously on the Spirit-filled believer in these days.

In fact, I don’t believe that we have ever as the Church, fully grasped the overwhelming benefit and purpose of God-given ability to speak in tongues.

The starting place has to be the amazing wisdom of God that is demonstrated at Pentecost when God ordained that the gift that God was giving the Spirit-empowered Church as it faced rampant persecution, was not healing, or the ability to raise people from the dead (those things had already been given), but a supernatural ability to pray. Never before in the life of the people of God had such a phenomena occurred, neither was it hinted at other than Isaiah 28:11-12.

The Apostle Paul makes an interesting reference to Isaiah, (I wonder if Paul is making a general point here and not being pedantic about what exactly Isaiah was saying, but taking the general meaning and applying it culturally to what was happening at that point in the life of the Church.)

“For by people of strange lips and with a foreign tongue the LORD will speak to this people to whom he has said, This is rest; give rest to the weary; and this is repose; yet they would not hear.” Isa 28:11-12

“In the Law it is written, By people of strange tongues and by the lips of foreigners will I speak to this people, and even then they will not listen to me, says the Lord.” 1 Co 14:11

The remarkable ability of speaking in tongues is deeply involved with the great commission that Christ Jesus gave to His disciples before He ascended to heaven.

“And he said to them, “Go into all the world and proclaim the gospel to the whole creation. Whoever believes and is baptized will be saved, but whoever does not believe will be condemned. And these signs will accompany those who believe: in my name they will cast out demons; they will speak in new tongues;” (Mark 16:15-17)

Given that we have to exhort people to pray in tongues more than they do, and seeing the struggle they encounter when trying to do so for anything more than 15 minutes, suggests that for the Church, including its leadership, tongue-speaking is privately being seen as overrated, is undervalued and an awkward intrusion into the sometimes otherwise, prayerless life.

Paul saw something about tongues that gripped his personal life, and it is a very bold, audacious  claim that he makes when he address the abuse of the Corinthian Church who very clearly regarded highly the gift of tongues, “I thank God that I speak in tongues more than all of you”. (1 Cor 14:11)

Paul was no stranger to the revelation of the Spirit and he demonstrates a significant measure of wisdom and insight as he addresses the Church in Corinth about the gifts of the Spirit,  knowing also, that what he was writing was considered Scripture. He is not taking the exchanges of the Spirit with the believer lightly. Paul’s conviction is that these are real gifts from the Spirit of the Holy God, and their benefit to both the individual and the Church are absolutely edifying, of immense encouragement and stir the heart towards God.

Perhaps only one meaningful and honest option is open to us in this day and it is to say that we will either stop taking this supernatural awesome gift so lightly, (even in the charismatic and Pentecostal denominations), or we’ll drop it all together. The latter being no option at all. One thing for certain is that we must refrain at all costs from taking  the Laodicean, neither hot nor cold approach.

I have been wondering about the actual working of this gift. It is easy to draw conclusions from our experience rather than from the Scripture, but it could be, and that is all I suggest, it could be that God gave us this gift because it does something really special that ‘just praying’ (as if there could be any such thing), does not do, or does not do to the same extent.

What am I getting at? Paul makes some very interesting and poignant observations about speaking tongues. These observations are direct, distinct and unambiguous. Here are Paul’s assertions;

1. The person who speaks in an unknown tongue speaks not to men but to God. It’s a direct connection to and with God. The notion that tongues is preaching in another language is folly here. Tongues is about talking to God. Neither is it prophecy. It’s a totally impartial, intimate conversation between the creature and creator. This is the place where the deepest cries of the human heart resound, echo, shudder and shake with that total Spirit-inspired deep calling to deep call of ‘Abba – Father’.

We have no idea whatsoever of what we say in tongues, which is probably the reason many stay cold, aloof and complacent. But Paul ventures further in his profound assertion to say that,

2. We speak mysteries in the Spirit. It’s not obvious things that we pray. The unobvious becomes obvious. The unknowable becomes known. There is revelation as we pray, which is why interpretation is far more than just giving us a sense of what was prayed – it is a distinct, revelation-inspired interpretation. And that revelation should inspire our hearts, the way it inspires our spirit.

3. Paul says something radical about tongues. When I pray in the Spirit using the tongues that God has miraculously and supernaturally provided to me (not ignoring or rejecting them), simply put but also so profoundly mysterious; my spirit prays. Reflect on that. Sometimes we feel like the heavens are brass. We mutter prayers, distracted by the things of this world and then leave the place of prayer perhaps feeling that we have wasted time. Not so, says Paul with tongues. When we pray in tongues – our spirit prays.

4. We flourish in prayer when we pray in tongues. We give thanks to God, bless God, utter mysteries and we pray. Really pray.

The spiritual dynamics are astonishing. Praying with my spirit connects me to God in a way that is seemingly unique – distinctly talking to God. Connected. Really connected.

The controversy with tongues is something of our own doing. When you see the vast blessing it brings you can easily see that this is perhaps the most formidable and phenomenal gift that we could have ever received apart from the work of the Cross. It is a distinct and clarion call to meaningful, familial relationship with the Father, pressing in to His presence with the full Spirit of adoption on us, and being heard by the Father.

Tongues is the initiative of God for His loved ones. A very evil enemy will seek to stop us from speaking to God from the depths of our hearts. And as we pray in the spirit, Paul admonishes us that it edifies us. That word is the word used as ‘to build’. It builds us up.

Speaking in tongues is a supernatural thing, and we walk by faith not by sight, even if we think nothing has happened, we trust the Word of God, it says we are edified. So do it often.

And rise to the challenge of Paul, who was very confident in the gift that he made the godly boast, “I thank God I speak in tongues, movre than you all”.

Speak to the Lord, and don’t allow the evil and malicious enemy of your soul make you settle for spending the tiniest portion of your time seeking Christ’s honour and glory in prayer.

That distraction is coming for a reason. You have a real enemy who will seek to distract you in any way possible.

Talking of tongues
Tagged on: Gifts of the Spirit    Tongues 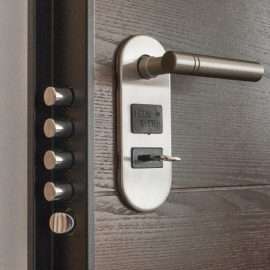