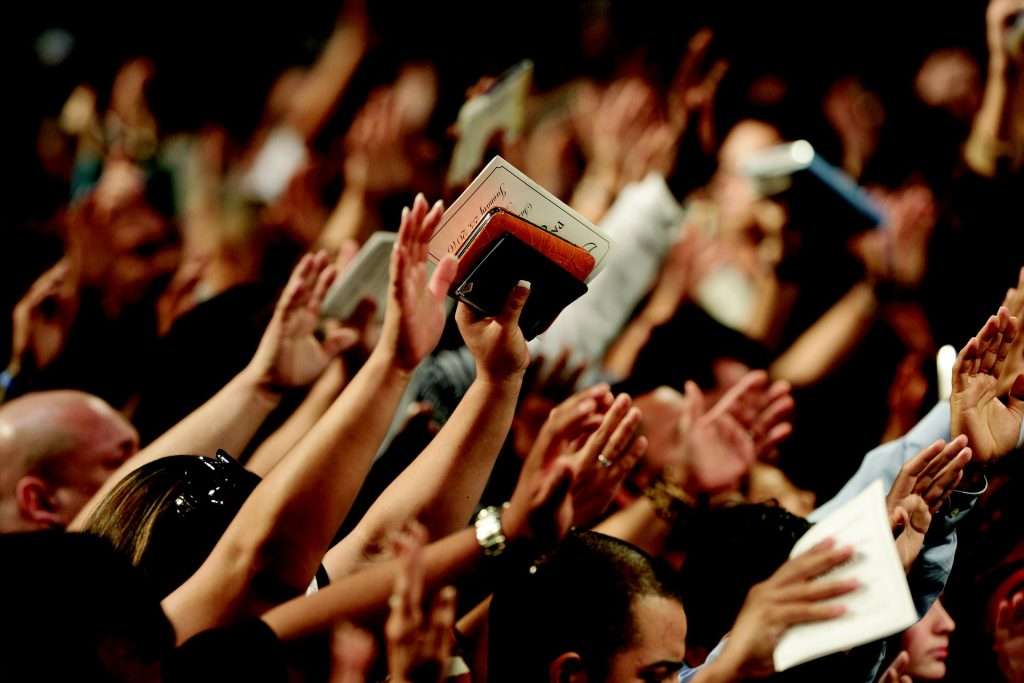 The prophetic ministry feels relevant and important again. It is a bold statement and requires a little clarification, but I am feeling hopeful about what lies ahead; God is doing something amazing, and as always, he moves in unexpected ways and at unexpected times.

Over the years, there have been abuses of the prophetic gift. But things (people) have changed since then, and new approaches have been adopted in the wake of personal accountability and biblical teaching. We have not lost our ability to hear God, nor has God’s ability to communicate diminished, rather we have gained a new appreciation for the importance of God’s Word and how it plays into everything we do.

The apostle Paul told Christians to eagerly desire the gift of prophecy because it has enormous value, especially for encouraging, comforting and encouraging God’s radical people. In these times where we face the threat of spreading war in Europe, the church is especially in need of this ministry functioning at full capacity. It is not so much a matter of speaking God’s word to government officials or presenting ultimatums to Putin, but rather calming the anxiety of believers and encouraging strategic, targeted, meaningful prayer.

Prayer is the greatest force on earth; but whilst being mindful of the power of prayer, the saints need to be reminded of the solid, unwavering promises of the omnipotent God, his unwavering commitment to them, and his unending love for them as they pray for God’s intervention. Above and beyond sharing words about births, marriages and deaths, authentic, scripture-honoring, Christ-exalting prophets strive to inspire the church to trust their God, believe His word, and step out in faith.

The prophetic ministry serves the Church by equipping them to do the things that God calls them to do, and to be the radical community are worshippers of God and reach out to the lost.

I mentioned that prophetic ministry felt relevant and important again. Although prophets have not lost their importance, there can be an overabundance of familiarity at times; some clarification is required here. While prophecy has been emphasised a great deal over recent years, especially in the charismatic church, there is a distinct difference between the ministry of the prophet and the gifts of the Spirit. The gifts of the Spirit speak life into the church, but the ministry of prophets bring undeniable unity, vision, and purpose to the church.

Unquestionably, the church in the 1990s was overwhelmed by the extreme gifts of what was referred to as “The Kansas City Prophets”, even though they never truly existed as such. Hundreds of churches were stirred with the precise insights, highly accurate words of knowledge, and ministry style of Paul Cain, Bob Jones, and Jon Paul Jackson. The challenge they bought, and the style of ministry opened new vistas of potential and opportunity; people were aware of the importance of the prophetic ministry and the immense encouragement they bought. One element however, that was not modeled (or displayed publicly) was the importance of ministries rooted in and accountable to the local church.

The prophets are back, the gift of prophecy has resurged, and God is at work throughout and in his church.

There was an awkward tendency towards being parachurch rather than local church. My propheticreformation website addressed this issue; there was an overemphasis on book and video sales promoting ministries, conferences while at the same time new cliches appeared, such as ‘alignments’, ‘portals’, and ‘shifts’.

While it was well received in some quarters, especially in the USA, it lacked relevance and was unnecessary because the prophetic ministry serves the Church by equipping them to do the things that God calls them to do, and to be the radical community are worshippers of God and reach out to the lost. Well, things have changed and to cut the story short, the prophets are back, the gift of prophecy has resurged, and God is at work throughout and in his church.

And, as John Wimber said, “everyone gets to play.”  Joel 2 speaks of the last days where the entire church enjoy the rich experience of the supernatural work of the Spirit – those days are here and we are invited to  that scripture-honoring approach to the prophetic ministry with people of all ages encountering God in many ways, including through scripture, dreams and visions as determined by him.

This more than likely includes you – so be available!